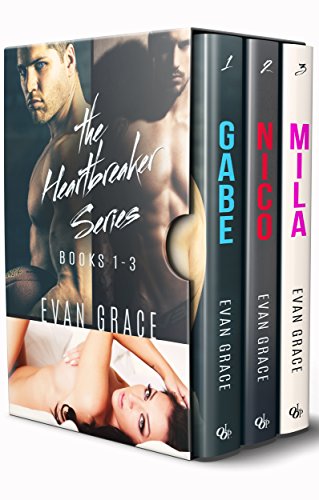 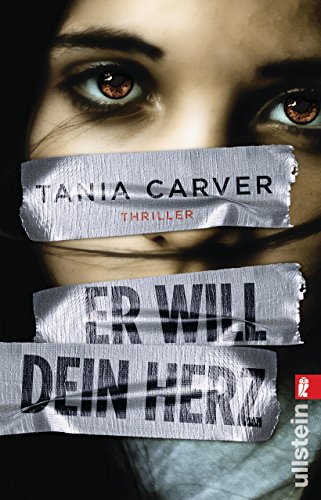 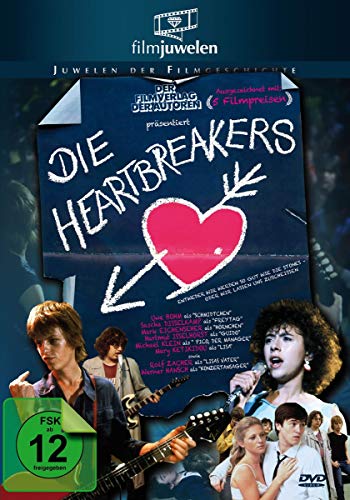 Jasmine Nichols is a control freak.

When she graduates from college as valedictorian with a degree in social services, her friend and mentor Jill Swanson offers her a job, but with one condition. She has to take two weeks off and just have fun. Taking the instructions to heart, Jasmine goes to a club called Debauchery and has a sizzling encounter with a sexy stranger.

Gabe is tired of meaningless relationships, but when he meets a mysterious, beautiful, blue-eyed blonde at Debauchery and the chemistry is undeniable, he knows he’s finally found the one. What he didn’t expect was for her to freak out and run off.

Jasmine thought she made a clean getaway, so needless to say, she’s shocked when she finds herself face to face with the hot guy from the club once again.

Gabe wants to pick up right where they left off and doesn’t waste any time convincing her. Jasmine’s blown away by the intensity of their relationship. How can she control something that makes her feel so wild and uninhibited?

But Jasmine can’t handle the pressure.

First, she’s confronted with old insecurities. Then suddenly, her brother has a secret he’ll only share with Gabe, the father who abandoned her shows up—at Gabe’s instigation—and a professional tragedy is the last straw.

What happens when it all falls apart?

Is being with Gabe more than she can handle?

Jill Swanson has loved Nico Bianchi since she was eighteen, but how much heartbreak can one woman take before she’s utterly broken?

After a tough year and a half Jill’s main focus is on raising her infant daughter and doing the best that she can with her situation. When a call from Nico’s mother sends Jill and her daughter to Perugia, Umbria, Jill’s faced with the one man that shattered her heart and left her a changed woman.

Now sober and healthier than ever he’s ready to fight for his family. But just when he’s finally gotten through to Jill, ghosts from the past reappear and test his sobriety, threatening to ruin his new life. If he sabotages things again he knows, he will lose his family for good this time.

Are soul-mates destined to be together?

Jill wants more than anything to believe that she and her daughter are finally going to get their happily ever after. But with Nico’s past coming back to haunt him, she comes face to face with the reality that no matter how strong her love is for him, it might not be strong enough…and she may just lose him forever.

Will Nico finally rid himself of the demons that haunt him once and for all?

Or will Jill have to walk away to protect herself…and their child?

After her father betrayed her mother with her brother’s wife, Mila decided to stick with boys and men who could never break her heart. She saw what being destroyed by the ones you loved could do, and it was never going to happen to her.

Brian Burns had a rough start in life…

Orphaned at age six, he grew up in the system until he turned eleven and met the people who would become his parents. Now an adult, Brian wants to help other vulnerable children, so he’s devoted his life to being a social worker and helping them find their temporary or permanent homes.

The moment he laid eyes on Mila, he knew there was something there, but she pulled the friend card with him. He bided his time, but whenever they seem to get closer, something would hold her back.

Can Mila open her heart enough to share a painful secret with him?

Or will they both walk away damaged and heartbroken? 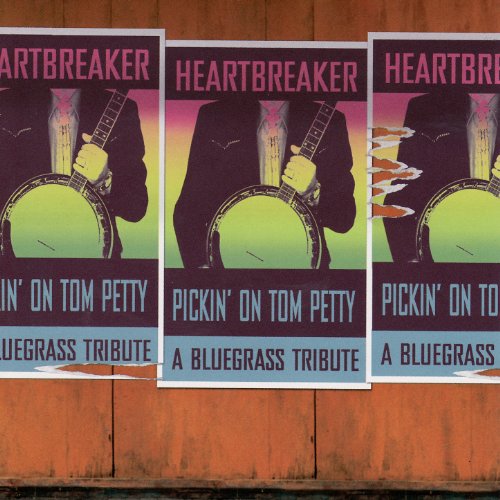 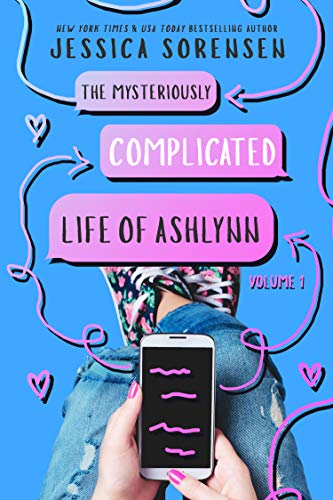 For the last month, my life has been pretty perfect. I have great friends and the best boyfriend ever. But that changes when Queeny gives me an invite to her Halloween party, which is as weird as it sounds.

And things only get stranger when The Heartbreaker Society contacts me, requesting that I attend Queeny's party in exchange for something I want.

And that's just one of my problems on an ever-growing list.

Please note this is a novella serial series that follows The Opposite of Ordinary (The Heartbreaker Society, Book 1). This series follows various different characters stories 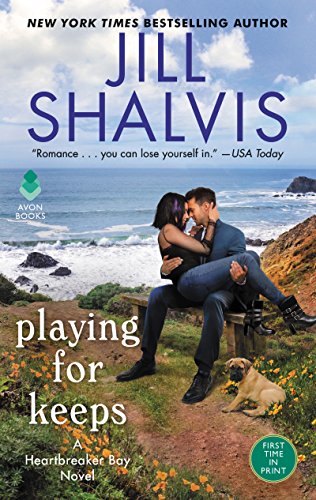 Avon
Broschiertes Buch
If you're planning on falling in love... When it comes to the confident, charismatic Caleb Parker, Sadie Lane feels the spark-the kind that comes from rubbing each other the wrong way. She's yoga pants, he's a suit. She's a tattoo artist, he's a straight-laced mogul. But after they accidentally co-rescue an abandoned dog from a storm, Sadie sees a vulnerable side to the seemingly invincible hottie. you'd better be sure... Caleb doesn't do emotions. Growing up the underdog, he's learned the hard way to build up an impenetrable wall. Perfect for business. Disastrous for relationships. He's never worried about it before-not until he finally gets behind Sadie's armor and begins to fall. ... someone is there to catch you. Both guarded and vulnerable, Sophie and Caleb are complete opposites. Or are they? Shocked at their undeniable connection, can they ever admit to wanting more? That all depends on what they're each willing to risk. 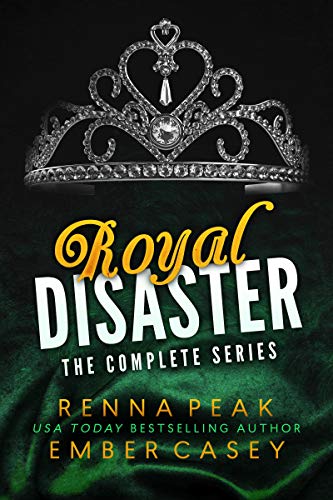 For the first time, get the entire ROYAL DISASTER series in one delicious bundle!
What happens when the bad boy meets the sweet princess?


Sophia is the youngest daughter of the royal family of Montovia. While her older brothers have found themselves in scandal after scandal over the years, she’s mostly stayed out of trouble.

Pax Donovan is a rock god. His band is about to release the riskiest album of their career, and he won’t let anything distract him from taking over the music world.

Until he meets her.

From the moment Sophia and Pax meet, sparks fly. They both know this is a bad idea, but it doesn’t matter.

He’s trouble for her.

She’s trouble for him.

This might end in disaster—but there are some things you just can’t deny.

What readers have said about the first ROYAL DISASTER book:
“This read will leave you anxious, giddy and breathless. The energy and electricity between Sophia and Pax make this book downright combustible!” – Kris, reviewer

“Ohhh...the Royal Disaster series might be my favorite in the Montovia line so far!” - Christine, reviewer

“I am addicted to these series.” – Tammy, reviewer

“Oh wow, the Princess and the Rock Star....talk about opposites attract and that’s what I think they are. My first story on this Royal family and I love it.” – CharmaineW, reviewer

“I absolutely love the Montovia Royal Family, with every series Ember and Renna make me fall for them even more.” – Stephanie, reviewer

“Their chemistry is off the charts, and their banter is so good!” – Andrea, reviewer

New to the Royal Heartbreakers books?
Each series contains a complete romance story and can be read on its own, but the following is the chronological order of our books: 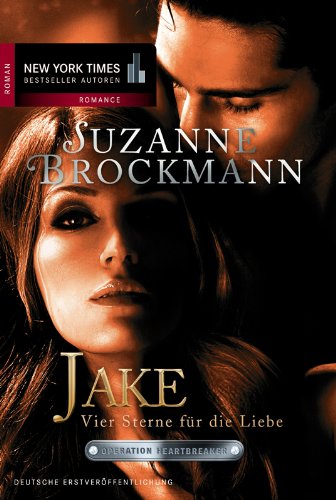 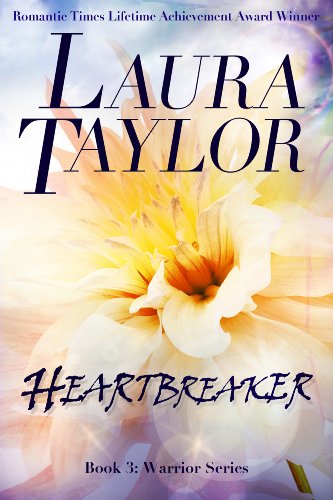 Laura Taylor
HEARTBREAKER A Military Romance (Warrior Series, #3)
Pride, determination, and sensuality collide as sculptor Bliss Rowland comes face to face with Naval Intelligence officer Micah Holbrook. He is the man who rescued her eleven years ago in the aftermath of a London terrorist attack. Following yet another terrorist incident, Micah now faces the threat of permanent blindness. Their roles are reversed. This time, Bliss is cast in the role of rescuer. Even as Micah denies his desire for Bliss, he tries to convince himself that he has nothing to offer the highly acclaimed sculptor. The real question that must be answered: Can Bliss persuade Micah to set aside his pride and acknowledge their love for one another ... or will he become the ultimate HEARTBREAKER?

Readers Praise HEARTBREAKER:
“A must-read!”
“Absolutely wonderful love story!”
“Heartbreaker – storytelling at its all-time best.”
“I could not put it down . . . read it in one day!”
“As with all Ms. Taylor’s romances, Heartbreaker grabbed me from the first page.”
“A must-read for all fans of romance.”

“Laura Taylor writes with the power and sensuality that characterizes the best authors in the romance genre.” Romantic Times Book Reviews