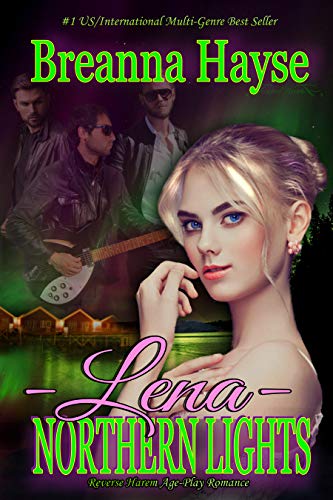 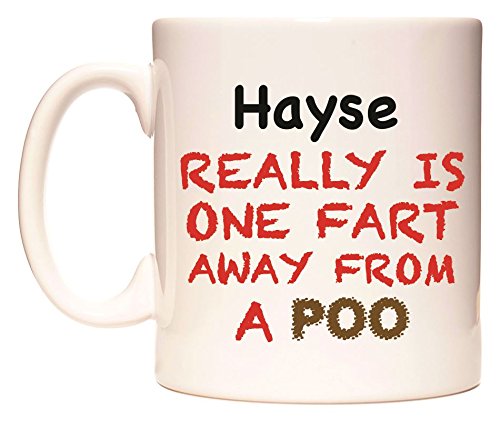 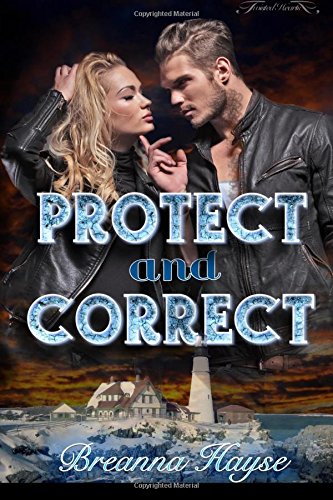 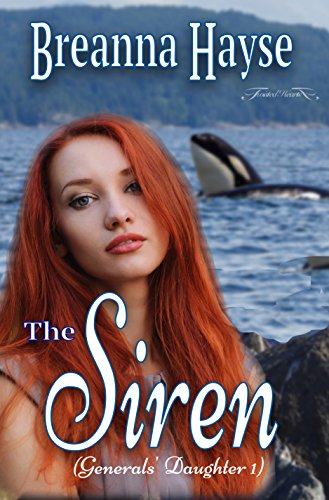 Twisted Hearts Productions
From the #1 US/International Best-Selling Author who launched the Age-Play Phenomenon- the debut of:
NORTHERN LIGHTS©: LENA

What does a little prima ballerina do when she falls in love with three gorgeous Daddy Doms while in the brand-new, isolated, age-play community of Northern Lights, Alaska?
Russian raised and trained to be prima for the Bolshoi, Lena wasn’t prepared for the new life waiting for her—a life filled with candy apples, a castle fit for a princess, and three handsome men to love on her and make all her dreams come true. Most of all, she’s allowed to discover, and enjoy, the little girl hidden inside of her heart.
After being kidnapped and held hostage by the Russia Mafia to convince her selfish, greedy father to sell them a synthesized drug, Lena’s brutal nightmare ends when four mysterious strangers rescue her. She's taken to heal in a tiny Alaskan town called Northern lights where she discovers that the physical wounds she suffered were only the beginning of drastic, but amazing, changes to her life.
While in the hospital, she calls upon ‘Daddy’ to help her. Athabaskan-born Stefan Markford, one of the town’s founders, is smitten! He refused to leave her side for a moment and begins to share a way of life so unlike anything she encountered back in Moscow.
Stefan's joined by his twin brother Sean, and older brother, Tony. The three strong Daddy Doms are devoted to making their little ballerina smile again, with music, dollhouses, and of course- candy apples. They also discover that their new Little girl has a defiant streak—one that requires old-fashioned discipline. As their love grows, the door opens for another new world for the young woman to explore—a world of wonder, sensation, and the freedom and joy of sexuality.
Be prepared to laugh, cry, rejoice, and get hot and bothered as you join Lena’s adventure in this first installment of Northern Lights.
Want more? Check out Billion Dollar Daddies: Jennie—and see Lena and Jennie come together five years later—and the endless trouble these two best friends seem to find!

Twisted Hearts Productions
Lt. Samantha Quimby, USMC is a beautiful, brilliant and very unique young woman. Not only does she have the privilege of being the youngest known Special Ops officer in the Corps, but an unfortunate accident during a dive in the Marinas Trench leaves her permanently amphibious! Her new found ocean freedom, combined with her unique ability with ocean mammals and an overtly defiant and somewhat reckless nature, wreaks havoc on her very loving, but very strict family. Her father and uncle, both USMC Generals., and her older brother, Michael, are in constant pursuit of trying to keep her safe from herself and her own curiosity and often thoughtless actions. In desperation, the three resort to old-fashioned military discipline.

Sam is appalled, but it does not take long for her to discover that love can be expressed in a firm and consistent manner upon her little bottom. Love, laughter, duty, and obedience frames the young woman's life and, despite a constant sore backside, she couldn’t be happier. 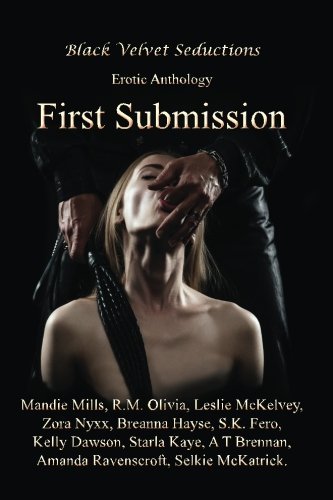 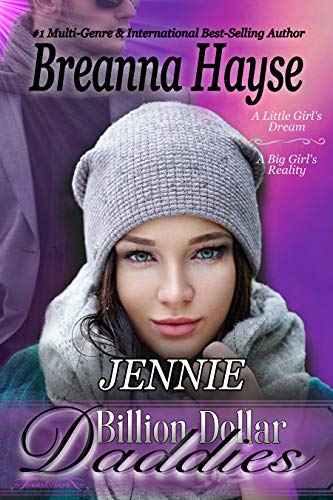 Twisted Hearts Productions
What can one Little girl and her four handsome Daddy-Doms do to keep warm during cold, Alaskan night in Denali National Park?

Jennifer Hudson lives in a world that has no place for her other than being the ‘reward’ given to her owners’ clients. She’s beautiful, smart, and sexy, but years of pain and fear have left her emotions and desires caged and without a key. She knows that she won’t survive much longer in her present circumstance and needs to decide-
Does she run and risk her life, or remain where she is and never have one?

With the aid of Dorian Graye and the Guardian program, Jennie is placed in emergency care of the four-unit team of Daddy Doms who vow to do whatever is needed to keep her safe, happy and whole- even if it means applying some uncomfortable disciplinary measures. One by one, the brothers-in-arms break down Jennie’s hard exterior and draw out the little girl hiding behind the walls of her heart. She soon discovers that the price of vulnerability is high, and the cost dear.

But is love worth the risk?

Author's Note: This Reverse Harem introduces the town of Northern Lights- an age-play community where ‘it takes a village’ (or, at least three daddies) to raise a happy Little submissive.

Stay tuned for the next book in the Billion Dollar Daddy Series- Jennie 2!

Taken By The Night (English Edition) 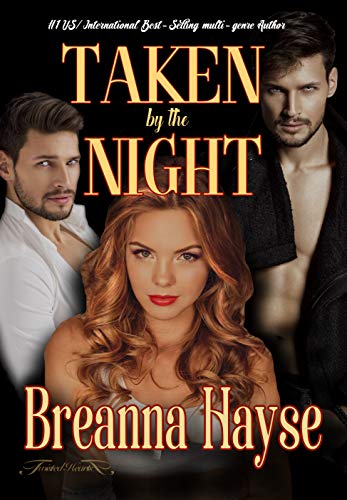 Twisted Hearts Productions
What would you do if you were forced to come face-to-face with the secret part of your soul you’ve kept hidden your entire life? Would you expose that secret if it meant the possibility of living your greatest fantasy?

Hospice nurse Courtney Wells expected to encounter a commanding personality when she agreed to provide care for an old friend of the Romanian aristocrat, Baron Marcas Kalnovky. Confident, self-controlled, and independent- very few things could rattle her, that is until she meets the handsome and mysterious man with silver-gray eyes and old world charm. The moment she hears his deep rolling accent, her body quivers with a desire she can’t deny no matter how hard she tries.

From the beginning, Marcas demands something the young American woman’s not willing to give- submission. His desire for her takes him on a journey that forces him to face himself in a way neither he, nor Courtney, anticipate.

By day, he's the same man he always was- controlled, calm, and commanding; but at sunset, he tears in half and his two opposite sides war against one another. The only thing they have in common is the beautiful, feisty woman who’s turned their life around. Both sides not only want her, but they also need her… all of her, in every way she can be taken... Together at night- which means they have to find a way to get along.

When Marcas finally confesses the truth, Courtney’s both terrified and intrigued. When she’s bound naked and helpless at the mercy of all of his desires, she's shocked to find that she’s soon begging for both of him in every manner imaginable.

When she discovers the pain Marcas endures to be with her; she’s determined to find a way to help him. Little does she know that there’s more to curse than his being forced to face himself every night—it wants a sacrifice. A terrifying sacrifice that would cost Courtney’s life she’s compelled to come to terms with her own hidden darkness.

Will her love be enough to break the curse and heal his wounded soul? What about the cost? Would he ever forgive her if she succeeds in setting him free?

Authors Note: This work was previously published as Two by Day/Three by Night. The new version contains a full rewrite with additional new contents. This isn't your ordinary Romanian love story- it's one that will fulfill your greatest fantasy! 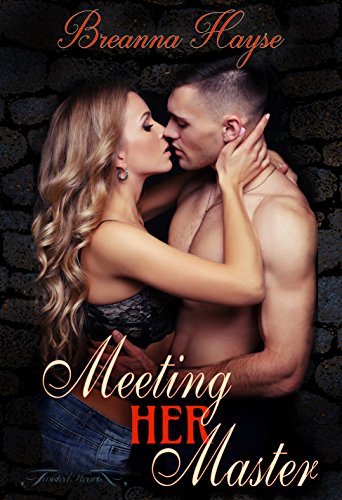 Dahlia Covington will stop at nothing to find out! Unfortunately, the doors to the 'backroom' of the bar are closed to her and she's left to stumble on the dark street, drunk and very much alone. The flash of blond and pink ombre hair saved the fool girl's life from an oncoming truck driven by the well-respected and community-minded millionaire horse rancher, Blake Turner. Concerned for her welfare, Blake takes her home to her father, only to discover that the man is an old business acquaintance. Frustrated with his daughter's lack of self-control and reckless behavior, it didn't take much for Blake to convince him to allow the girl to move to Cloverleaf Ranch where she'll learn discipline, structure, and respect.

Once the doors of the massive hacienda closes behind him, Blake transforms into the Master, and Dahlia couldn't be more excited. The handsome man's curiosity piques after the girl expresses a desire to explore the contents of his dungeon and begs for a touch of the Master's hand.

Blake found a diamond in the rough and is determined to keep the girl as his. He presents an offer that she can't refuse—he'll provide all the she has dreamed about in both pleasure and pain, and gives his word that she'll never be judged, ridiculed or abandoned. In return, Dahlia is to give her new master, and his house manager, her complete and total submission- heart, mind, body and soul. Dahlia agrees to give it her best.

Unfortunately, submission doesn't come easy to a hedonist. In addition, adding a woman Domme to the mix brings about a medley of feelings Dahlia's not prepared to face. Determined to bring the girl to accept her value and worth, Blake and Giada work together to teach her how to feel for the first time in her life. They also offer something greater than dominance and submission: Love.

Fear seizes Dahlia's heart when Blake discovers that her masochistic needs aren't quite what they seem, and that she's still hiding something dark from him. Could he handle the ugly truth of her life or will he renege on his promise to keep her forever?

WARNING THIS MUG IS ONLY FOR Hayse Becher von WeDoMugs 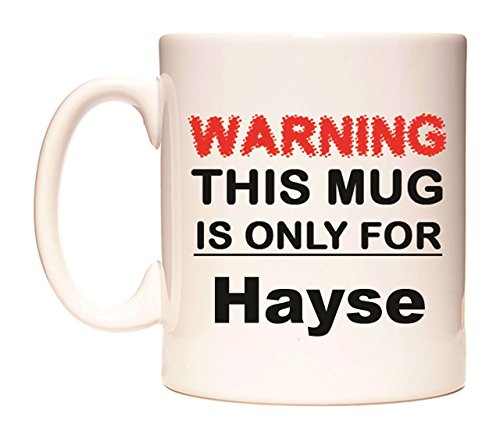 WeDoMugs
This mug features WARNING THIS MUG IS ONLY FOR Hayse 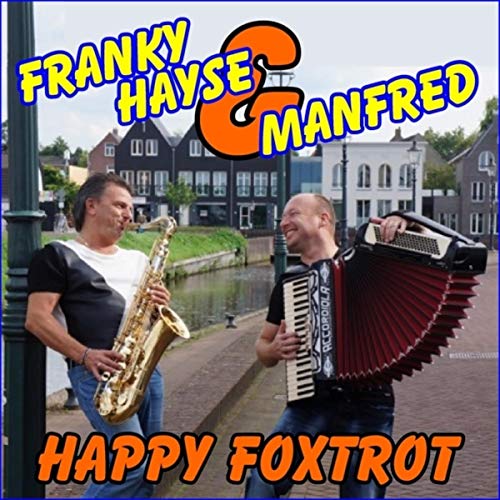